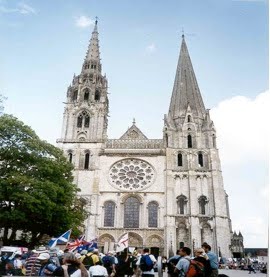 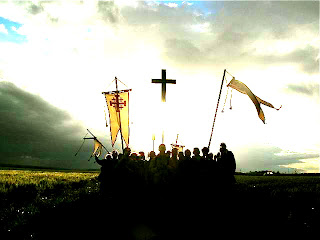 What is the Chartres Pilgrimage?

The Chartres pilgrimage is an ancient tradition in France which has been given new vigour by the association Notre-Dame de Chrétienté which has organised it for the last 25 years.  It is a walk of  prayer and penance to the glory of God and Our Blessed Lady.  Encouraged by the Pope, and numerous bishops, 15,000 pilgrims (including 850 from outside France) take part in a three-day walk of 70 miles, making this the largest pilgrimage of its kind in Western Europe, both in the distance covered and in the number of pilgrims.

It begins on the day before Pentecost when thousands of  Catholics from the USA, Russia, Australia, Ireland, Canada, the UK, Germany, Norway, Sweden, Spain and so many other countries join their French brothers and sisters at dawn beneath the spires of Notre Dame Cathedral in Paris.  Three days later it ends in the city of Chartres as the dust-covered pilgrims complete the challenging march and kiss the stones of the ancient Cathedral of Notre Dame de Chartres. Much of what happens in between defies description.

Why do thousands of Catholics from all over the world make the journey back to France every spring?  Each has his own reason.  Some have a special intention, a loved one to pray for; some have a difficult decision to make; some offer thanks for favours received; but many come back because nowhere in their daily lives do they see the Catholic Faith alive as it is on the road to Chartres.

They see a Faith which is dynamic, solid and comprehensive; they see hope for the future in the enthusiastic unashamed desire to be truly good on the part of the young pilgrims; and they see charity alive and on fire.  Christianity without compromise.  It is a sight to behold.  It is also fun as the comradeship, good humour and shared experience of the pilgrims make the heart sing.

“Let us generously open our hearts and make room for everything that the faith itself allows... What earlier generations held as sacred, remains sacred and great for us too, and it cannot be all of a sudden  entirely forbidden or even considered harmful.”  (Pope Benedict XVI)

For three days,  France can’t ignore this strange and wonderful pilgrim parade, flanked by countless priests in muddied cassocks and purple stoles.  Throngs of scouts lovingly carry statues of Our Lady on their shoulders; banners of the saints are raised high for all to see; pilgrims sing forgotten hymns, renew broken vows, and celebrate Mass in the Rite of their forefathers, saints and martyrs.  The Pilgrimage to Chartres is fire in the darkness that covers modern Europe.

How does it work?

The pilgrims walk in "chapters" (groups of 20 to 50 people), under the patronage of a Saint and are led by a leader who, with the help of  chaplains organise the chapter hymns,  meditations, rosary and prayers.
Each day, Mass is celebrated in the most beautiful way, according to the Roman Missal of Pope John XXIII (in accordance with the Pope's Motu Proprio "Summorum Pontificum"). Two Masses in the open air and the last in one of the most beautiful Cathedrals in the world.

Each evening a tent city is created to house the many pilgrims.  A hearty soup is served to all and a great bonfire and historical pageant is performed on Saturday night.  Sunday night is for Our Lord, all-night adoration in the open air ensuring a night of prayer and silence.
Posted by Magna Est Veritas at 14:11

Important Information about the Pilgrimage

I am the Way, the Truth and the Life 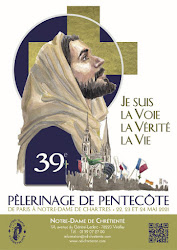 St. Michael Archangel, Defend Us in the Day Battle! 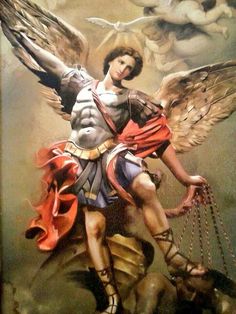 Patron for the Vigil of Pentecost 2020

St Raphael, pray for us! 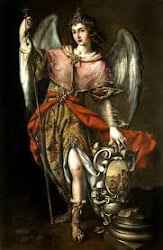 St Gabriel, Pray for us! 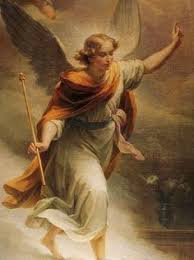 Our Lady of Christendom

Total Consecration to Our Lady 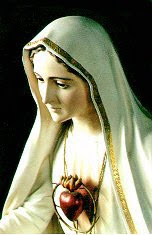